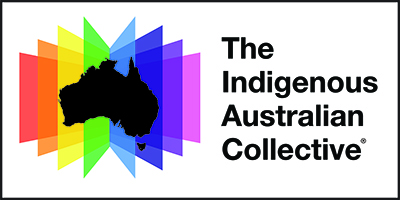 Why Rainbows
About us

The Indigenous Australian Collective® acknowledges the Australian Aboriginal and Torres Strait Islander peoples as the first inhabitants of the nation, and the traditional custodians of the lands and waters where we live, learn, and work.

This website is now a legacy site — it is not an active business entity, but a story of hope, and a desire for healing of the effects of the traumatic treatment of a strong, wise, compassionate, and heart-filled people.

To find out what we're up to now, go to www.divinebalance.com.au

It began with one man's passion for gathering a collection of historical books, illustrations, maps, and other artifacts that documented the colonialists' observations of the Original peoples of the Australian continent.

In 2016, Jason Engelbrecht began the process of researching and purchasing historical books with first-hand accounts of the Indigenous people of South East Queensland and New South Wales. Of personal interest to him, these books outlined observations of his Ancestors.

A vision quickly grew, to amass the world's largest Indigenous library, to showcase the wisdom, healing techniques, and science of every Indigenous culture around the world.

It would form the hub of a worldwide network of Empowerment Centres, established to restore a sense of pride and dignity, of returning to Original ways of living together in harmony, and with respect for each other and nature.

Unfortunately Jason was unable to secure the support required to continue with the collection. Paying for storage and the other expenses associated with keeping priceless historical documents exhausted the funds Jason had set aside for the project.

The more than 700 items had to be sold at considerable personal loss, and the dream put on hold.

What this allowed, was for Jason and his partner Shelley to fast-track their healing work together, and to pursue the dream of establishing Empowerment Centres.

We're seeing a future where
Indigenous science and wisdom
is celebrated

Growing and learning are the foundations of a harmonious society, where elders are respected and nurtured, and differences are celebrated.

With a broader understanding, comes empowerment, pride, and a sense of purpose. 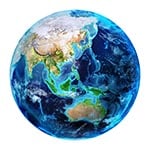 From an empowered position, there is greater harmony within, and with each other, leading to stronger, more supportive communities.

The Indigenous Australian Collective’s® mission is to assist in bringing a more educated
understanding and awareness of an ancient culture and historical events to Australian society. 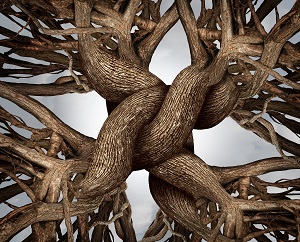 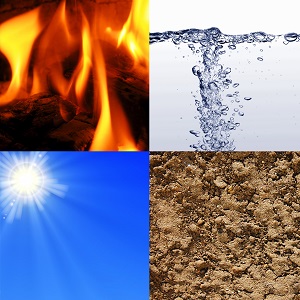 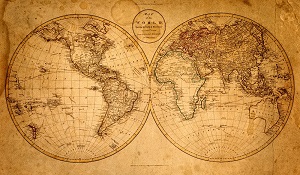 We want to see Indigenous wisdom and traditions woven into the fabric of Australian culture.

Where Australia's Original people are treated with respect they deserve—they thrived here in a harmonious way for over 100,000 years.

A culture that can survive an ice age or two, can teach us a great deal.

We plan on opening cultural information and healing centres across the country where Australian and international visitors can see, study, and simply spend time with these exciting, dynamic and rare works.

These empowerment centres will be important places of learning and growing where culture is celebrated.

The collection will continue growing, and we welcome donated items or loans from private collections.

We will also give a home to repatriated items returning home to Australian soil in the event that no special keeping place has been identified for them.

They will be given the respect and reverence they deserve.

Snapshot of the historical research resources

This privately-owned collection of over 700 items has been sourced with a primary focus of presenting an unbiased view of historical events on Australian soil—with a view to raising public awareness.

The collection also documents the impact of colonialisation on Australia's Indigenous people and the South Pacific Islanders.

There are books dating back to the 1770s, illustrations, postcards, and media accounts from the early 1800s, manuscripts, maps, artifacts, and Government reports—some of which have never been seen by the public.

Relating to both Australia and North America, is the 1830 Government paper entitled "Colonial Grants: Copy of the Conditions under which Lands are granted in the British North American Colonies, and in the Colonies of New South Wales and Van Diemen's Land."

Another feature of the collection is Saxe Bannister's important works in human rights advocacy for First Nations peoples across all British Colonies 1830 to 1838. At the same time, we have William Howitt chronicling "Colonization and Christianity: A Popular History of the Treatment of the Natives by Europeans in all their Colonies" in 1838.

Currently located in Sydney, the collection is available to lease for:

- Exhibiting throughout Australia and internationally

- The development of cooperative Government policies

- Referencing in films and documentaries.

Copy of Any Correspondence and Documents, Showing the Progress of Measures Taken for the Advancement of Religion in Australia (Reports Catholic clergy to be sent to Norfolk Island Presbyterian mission to aborigines. Urges establishment of a mission station at
Moreton Bay) 1837

Copies or Extracts from the Despatches of the Governors of the Australian colonies, with the Reports of the Protectors of the Aborigines, and any other Correspondence to Illustrate the Condition of the Aboriginal Population 1844

The Native Police documents from 1857

Royal Commission on the Aborigines 1877 Inquiry Into the Present Condition of the Aborigines of this Colony, and to Advise as to the Best Means of Caring for, and Dealing with Them, In the Future

The History of New Holland, from its First Discovery in 1616, to the present time (1787) with a particular account of its produce and inhabitants; and a description of Botany Bay

The Voyage of Governor Phillip to Botany Bay with an Account of the Establishment of the Colonies of Port Jackson and Norfolk Island, 1789 (first edition)

The Sixth edition of an 1826 Essay on the Principle of Population, or a View of its Past and Present Effects on Human Happiness in two volumes

Black War: The Hobart Town Gazette— 16 issues from 1830 re the Black Line military operations against the Aborigines of Tasmania

Copies or Extracts of Despatches relative to the Massacre (Myall Creek) of various Aborigines of Australia, in the year 1838, and respecting the Trial of their Murderers 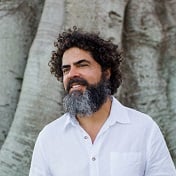 Jason's ambition is multi-faceted. His present focus is to display the collection, to raise awareness of an ancient culture and historical events.

You can now find Jason at www.divinebalance.com.au

Shelley’s mission is to bring more balance and harmony to the planet. She handles the business operations and client liaison, supporting Jason to achieve his vision.